The Wine Staging development team announced the release and immediate availability of the third Release Candidate (RC) build of the upcoming Wine-Staging 2.0 open-source implementation of Windows on Unix.

Coming hot on the heels of Wine 2.0 RC3, which added a handful of improvements to various Windows apps and games, including Unreal Tournament 3, Streamline, Warhammer 40,000: Dawn of War II, The Magic School Bus Explores the Solar System, Chuckie Egg: The Next Batch 1.2, and WinAuth 3.5.1, Wine-Staging 2.0 Release Candidate 3 is here to add a basic implementation of AES-GCM support in bcrypt, promising to fix the multiplayer mode for the DOOM 2016 video game. 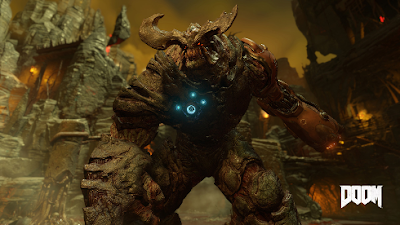 "This release implements the Galois/Counter Mode (GCM) for AES in bcrypt.dll which fixes the multiplayer mode of DOOM (2016). This feature requires a Wine build linked against GnuTLS 3.0 or higher, which should be available on most modern distributions," reads the release announcement. "To verify this, you can check the output of wine --check-libs and search for the line referring to libgnutls. If the ABI version (the part behind .so) is 28 or higher, you are ready to play DOOM online."

The gdiplus.dll component received various improvements, other than that, Wine-Staging 2.0 RC3 promises to add various improvements to the gdiplus.dll component that contains multiple libraries supporting the "GDI Window manager" in Microsoft Windows operating systems. Of course, all the bugs that have been fixed upstream in the third Release Candidate of Wine 2.0 are also present in this new development build of Wine-Staging 2.0, so we recommend checking out the Wine 2.0 RC3 (link above) if you're curious to know what's changed or improved.

Meanwhile, if you want to test drive Wine-Staging 2.0 right now, you can download the Release Candidate 3 build and compile it yourself on your favorite GNU/Linux distribution. Please try to keep in mind that this is still a pre-release version, not suitable for use in production machines, which means that it might contain bugs. If you encounter any, don't hesitate to report them on the official Wine bug tracker. The final releases of Wine 2.0 and Wine-Staging 2.0 should be out early next year.

MacOS and Windows software bundles, save up to 90% off the normal retail price only at BundleHunt.
Posted by twickline at 1:46 AM