Running Mac OSX and Linux in a Windows world

Many IT shops don't give a second thought to supporting Mac and Linux OSes because they're concerned with standardization. Windows is the go-to, but alternative OSes deserve some love.

Windows 10 will likely become the most used desktop operating system at some point, but Apple's Mac OS X and Linux have their purposes and places in the enterprise, too. 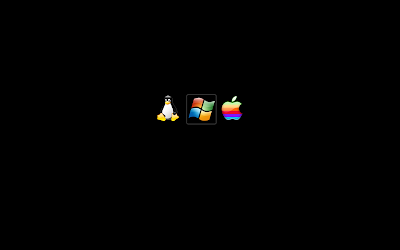 Many servers around the world run Linux, but on the desktop, the OS is used mainly by academics, researchers and developers. Amazon and Google use Linux to support many business processes, and U.S. Department of Defense employees use a Linux-based operating system on a CD or USB stick to log in to secure networks from untrusted PCs while they are away from the office.

Macs have historically been preferred by graphic designers and digital artists, and today executives and frequent travelers join that list because Macs offer better security and seamless integration with Apple iOS devices.

Pretty much everybody else uses Windows. Mac OS X accounts for less than 10% of the overall desktop market share, and Linux desktops fall into the "Other" category. They're grouped with Windows Vista, Windows NT, Windows 2000 and old versions of Mac OS X. It's hard to believe that systems as feature-rich and robust as the latest Ubuntu, Fedora and Mint distributions fall into the collective crumb bin of overall market share.

It might look like Mac OS X and Linux fill too narrow a niche for enterprise use, but they're simply underrated. They have been forced out of the mainstream as many IT shops look to standardize OSes and hardware to streamline support and maintenance.

But Mac OS X and Linux are far less susceptible to malware than Windows. OS X in particular includes code-signing to prevent most types of malware. Because Windows is the dominant desktop OS, malware creators target it much more often than any other OS. Fortifying the Windows OS and cleaning up after an attack cost IT an enormous amount of money every year.

Mac OS X and Linux are much more stable and reliable than Windows, and Linux is hands down the most forgiving of older peripherals and legacy hardware. A modern Linux distribution runs reasonably well on a computer built for Windows XP. That same computer might not be able to run Windows 10, and drivers could be a major issue. Additionally, the productivity software packages available for Mac and Linux are comparable to Microsoft Office -- and in some cases compatible with it. Linux productivity suites are usually free.

Integrating Mac and Linux clients on a Windows enterprise network

Windows and Macs have built-in features that provide simple file sharing across a network. Samba is a software application that allows Linux and Windows to share files and printers. It works fine on smaller networks, but is quickly outclassed or becomes impractical on large networks that run Active Directory.

Recent releases of Mac OS X and Linux work with Microsoft System Center Configuration Manager (SCCM), which lets Mac and Linux PCs join Active Directory much like a Windows client. With the Clients for Additional Operating Systems module, IT administrators can use SCCM to discover, audit, enforce settings and push patches to Mac, Linux and Unix computers.

Admins can also use management software such as the Casper Suite from JAMF Software for Mac integration, which is similar to SCCM. Active Directory bridging is available from a number of companies -- such as Centrify and BeyondTrust -- to manage Linux and Mac systems in a Windows environment.

Another option to support Macs is to run OS X Server on the network. It doesn't include Active Directory components, as of this writing, but an admin can use the server's Profile Manager to set Mac policies based on Active Directory groups. The Mac clients served by OS X Server can communicate with Windows clients, share files, share printers and more.

Regarding email and Microsoft Exchange, Mac OS X's Mail and Calendar can connect, but will run with fewer hiccups if IMAP and POP3 are enabled in Exchange. Several Linux email clients provide support for Exchange.

Companies that want to run Windows applications on certain Mac or Linux systems can look to the free open source program Wine for help. It's a compatibility layer that can run Windows applications on other OSes. CodeWeaver CrossOver Linux is a similar option for Linux distributions. Admins can also install a virtual machine, such as Oracle VirtualBox or Parallels Desktop for Mac, and then run a Windows OS and associated applications with full network connectivity.

MacOS and Windows software bundles, save up to 90% off the normal retail price only at BundleHunt.
Posted by twickline at 11:12 PM