CodeWeavers CrossOver Mac is now running on the beta release of Apples latest OS X El Capitan. With CrossOver Mac running on the early beta we should see support for the operating system update shortly after its official release. Later this year to early next year CodeWeavers will have support for Microsoft Office 2013, DirectX 10 and 11, Oculus Rift Virtual reality head sets and a host of other fixes and improvements for applications and games. 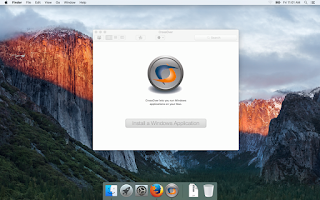 MacOS and Windows software bundles, save up to 90% off the normal retail price only at BundleHunt.
Posted by twickline at 1:56 AM