vkd3d-proton version 2.4 has been released 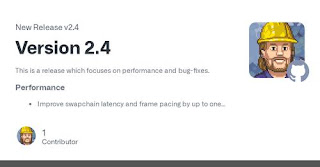 This is a release which focuses on performance and bug-fixes.

Various features which are useful for developers were added to aid debugging.