Currently CrossOver Linux standard already reached version 9.0. Many improvements including a brand new user interface was applied to this release. Based on the official change log, this CrossOver 9.0 Linux is more applicable to Microsoft Internet Explorer, Microsoft Office. This version is based on Wine version 1.1.34.
In order to install the CrossOver Linux Standard 9.0, please follow these guide:

1. Download the trial version of CrossOver Linux Standard 9.0.0, or you can buy this software if you want.

2. On the download section, choose the installer type. You can download the installer in .deb, .rpm or .sh extension. In this tutorial I am using the .sh installer file. This installer is more applicable to many Linux distribution.

3. Now its time to install.
Open terminal and move to your downloaded directory. And then type this command to install
sh install-crossover-standard-demo-9.0.0.download

4. Then the graphical installation wizard will be opened. 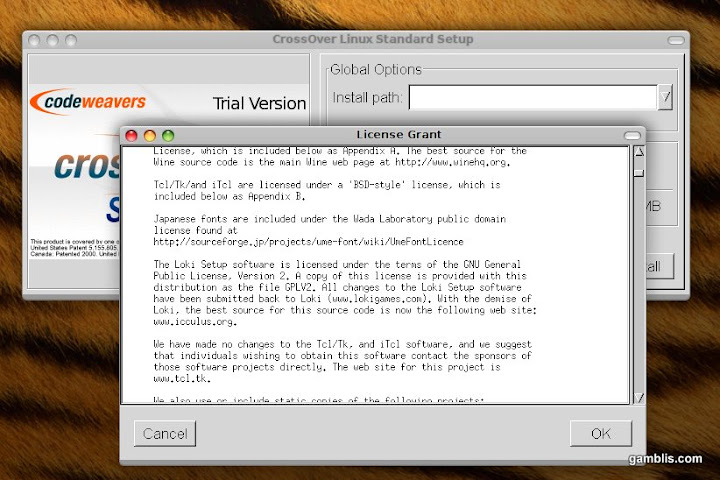 To start install the CrossOver Linux Standard, click Begin Install. Then system will install this software. When finished you will be notified.

The installation is now finished. You can start using this program via Applications | CrossOver | Install Windows Software. 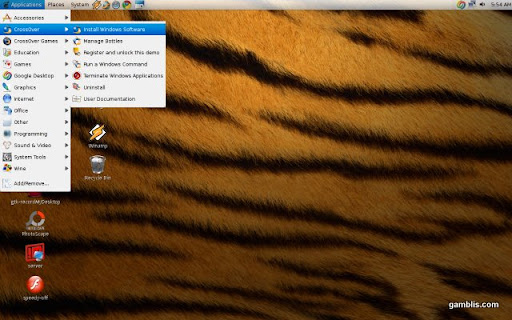 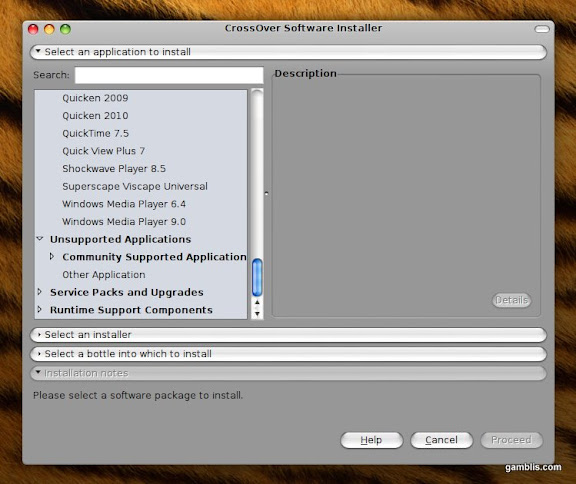 Softpedia released comment:
CodeWeavers’ CEO, Jeremy White, announced a few minutes ago the availability of the CrossOver 9.0 application for both Linux and Macintosh operating systems. Dubbed Snow Mallard, the new CrossOver 9.0.0 release has a brand-new user interface for Linux users! This new GTK2-compatible graphical user interface is a dream come true, expected by all CrossOver Linux users (take a look at the image for details).

Moreover, CrossOver 9.0.0 brings various improvements to Microsoft applications, such as Internet Explorer 7 or the Microsoft Office suite. CodeWeavers distributes the CrossOver 9.0.0 binaries for the Ubuntu, Debian, Red Hat, Fedora, Mandriva and openSUSE operating systems, as well as an universal installer for other Linux flavors.
Posted by twickline at 5:13 AM

Thanks for mentioning the 9.0 launch--we appreciate it.