MacGourmet Deluxe 4.2 B2 from Mariner Software has been released

MacGourmet Deluxe 4.2 B2 from Mariner Software has now been released. You can use coupon code ( TOMW ) in the Mariner Software eStore and save 25% off new purchases and 5 pack bundles today! 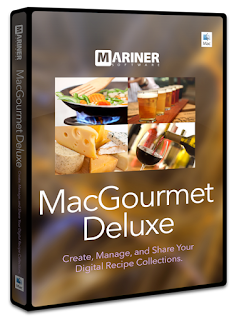 MacGourmet Deluxe and MacGourmet are our two powerful recipe management applications that enable you to easily create, edit, organize, and share your recipes.

Posted by twickline at 5:03 AM No comments:

Codeweavers is working on wine for android

‘CodeWeavers‘ is working on an Android version of Wine, the program for Unix-based operating systems that makes running Windows applications possible. The lead developer of Wine demonstrated recently at the meeting in Brussels at Fosdem. So we must ask is Wine and CrossOver for iOS also in the works?

When Wine for Android is released, users of smartphones and tablets with Google’s mobile operating system software can easily run games and applications that was originally made for Windows. The Android version of Wine is not nearly finished. According to the briefing represented in Brussels, Wine on Android is still extremely slow.


MacOS and Windows software bundles, save up to 90% off the normal retail price only at BundleHunt.
Posted by twickline at 7:32 PM No comments: