CrossOver Games 7.2.0 for both Mac and Linux Released

Jeremy White the CEO of CodeWeavers announced the release of CrossOver Games 7.2.0 for Mac and Linux. Below is the message Jeremy sent to their announce mailing list.

I am happy to announce that we have now released version 7.2.0 of CrossOver Games, for both the Mac and for Linux.

I would like apologize if this is the second time you're seeing this; we had a glitch with our forum code, and sent this out to only part of our very large announcements list.

If you are an existing CrossOver customer with an active support entitlement, you can visit our web site to download this latest version : www.codeweavers.com

You will need to log in with the email and password that you used when
purchasing CrossOver.

At any rate, thanks for all of your support, and I hope you enjoy
gaming with CrossOver! 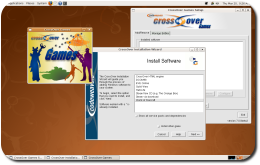 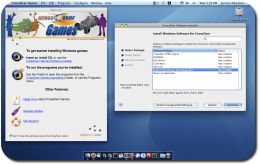 Posted by twickline at 9:10 PM