Audacious for Mac 1.0.0 has been released

Audacious is a audio player with a focus on low resource use, high audio quality, and support for a wide range of audio formats. It is designed primarily for use on POSIX-compatible systems.

Audacious began as a fork of Beep Media Player, which itself is a fork of XMMS. William "nenolod" Pitcock decided to fork Beep Media Player after the original development team announced that they were stopping development in order to create a next-generation version called BMPx. According to the Audacious home page, Pitcock and others "had [their] own ideas about how a player should be designed, which [they] wanted to try in a production environment."

Since version 2.1, Audacious includes both the Winamp-like interface known from previous versions and a new, GTK+-based interface known as GTKUI, which resembles foobar2000 to some extent. GTKUI became the default interface in Audacious 2.4.

The cost of Audacious 1.0.0 is only $15.00. Audacious comes with three months of upgrades and of course a 14-day money back guarantee.

Version 1.0.0 New Features:
We now use FastSpring as our preferred storefront, you can pay with Credit / Debit Cards, PayPal, Amazon payments, Wire Transfer etc. etc. This store is very secure, simple and fast. 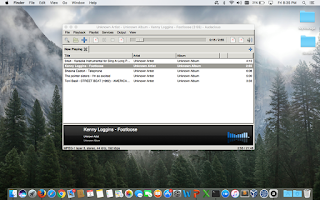 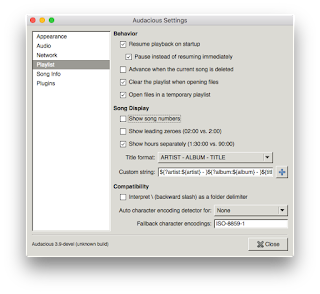 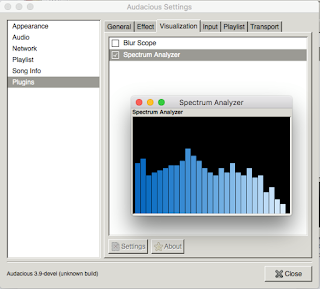 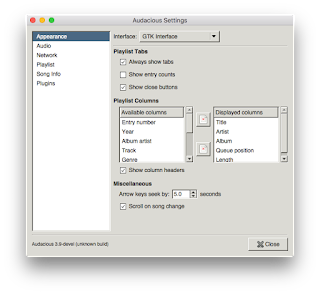 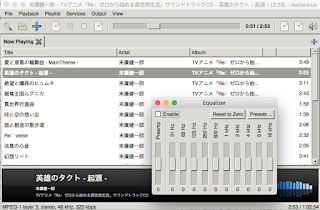 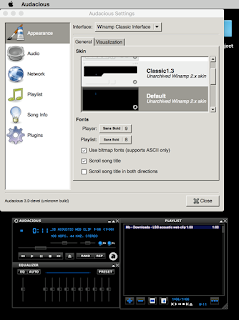 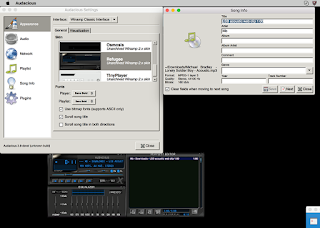 We have included a readme file inside the package that has this builds limitations and features, The classic Winamp theme looks the best at this time. :)

Purchase Audacious 1.0.0 now and play your music how you want it!
Posted by twickline at 9:25 PM No comments:

Audacious for Mac is coming soon

Audacious is an open source audio player. A descendant of XMMS, Audacious plays your music how you want it, without stealing away your computer’s resources from other tasks. Drag and drop folders and individual song files, search for artists and albums in your entire music library, or create and edit your own custom playlists. Listen to CD’s or stream music from the Internet. Tweak the sound with the graphical equalizer or experiment with LADSPA effects. Enjoy the modern GTK-themed interface or change things up with Winamp Classic skins. Use the plugins included with Audacious to fetch lyrics for your music, to set an alarm in the morning, and more.

UPDATE Audacious for Mac 1.0.0 has been released


If you would like to support our efforts just make a purchase in our online store.

Posted by twickline at 4:02 AM No comments: