CodeWeavers latest version of CrossOver for Linux and Mac has been released. . CrossOver 9.0 (codenamed Snow Mallard) is a commercial software that helps installing Windows applications via Wine easily for Linux users. It is a well tested software. But it is not a free software. CrossOver costs $39.95 for the standard version, or $69.95 for the pro version. But it is worth for your money. 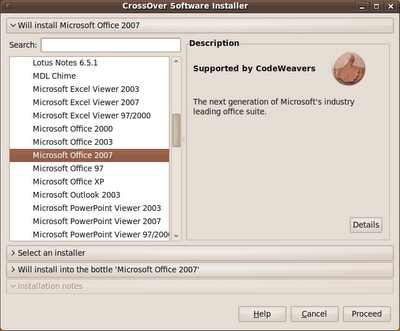