First I'd like to apologize to those of you following this list and waiting on a new Mac build. We plan on having the new build out in just a few more days. I'd like to go ahead and give you a rundown of the new features in what we hope will be the final release.

There are still some glitches such as the Application bundles don't yet have the proper icons but we are working on that and hope to have it addressed in the 2.0 build. Part of the holdup is that our patches to Winehq to support Application Bundle generation have been going through very strict review to get in the winehq tree.

Also you will find attached a screenshot showing the new bundles, I am still not happy as they are just all dumped in your Users Applications folder. We've not quite decided if we should create a new group called "Bordeaux Windows Applications" under the applications folder or pick another spot. Also I'm not happy with the lack of nesting and true Start Menu emulation as well as the lack of nice icons but I am afraid those things may have to wait until 2.0. 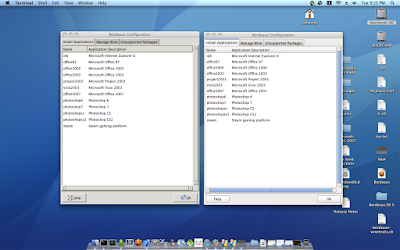 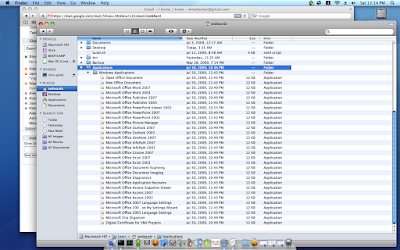 When we ship the final stable build the cost will be $25.00 per licence. At this time we will process pre sales for Bordeaux 1.8 for Mac and when the final build ships you will still receive your full six months of upgrades and support.
Benefits of pre-odering Bordeaux for Mac OS X