Bordeaux is a Wine GUI configuration manager that runs winelib applications. It also supports installation of third party utilities, installation of applications and games, and the ability to use custom configurations. Bordeaux is written in GTK and requires GTK 2.10 or higher to be installed on a given system. Bordeaux also uses wget and cabextract extensively and they should be installed for Bordeaux to operate correctly.

Bordeaux is a commercial product which is currently available only as a download and cost from ($20.00) to ($25.00) depending on your architecture A DVD version is planned for the 2.x release and will cost a little extra for the media.

Their is no free demo of Bordeaux available at this time, this will also change with the 2.x release but instead of a time restricted demo Bordeaux 2.x will have a free non restricted limited version that will install a couple standard applications and let the user get a feel for the application. Then if they choose they can purchase the full version and have access to all the supported applications and support.

Installing Bordeaux 1.8.0
To install Bordeaux I became root and used the following command:

Bordeaux 1.8.0 is built for Linux, BSD, Solaris and a Mac beta is currently available. The product has been tested on:
Bordeuax should run on all current Linux distributions

For this review I have installed three applications that I have that Bordeaux supports. IE 6 which is a free download, Adobe (PhotoShop 7) I know its a little behind the times but it's the latest version I own. And I also have Microsoft Office 2007.

To install a application in Bordeaux just go to your Applications menu then Bordeaux and select "Install Windows Applications" and Bordeaux will start up.

Once Bordeaux is running just double click on Application you want to install and their scripts will install any needed libraries for you.

The install of IE 6 is simple, I just started Bordeaux and double clicked IE 6 and the install proceeded without and problems. All I had to do was follow the install and answer a couple installation related questions. 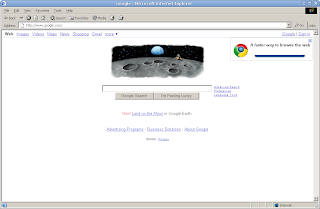 To run PhotoShop 7 all I had to do was go to Applications > Wine and click on the shortcut and PhotoShop started up and ran as expected. 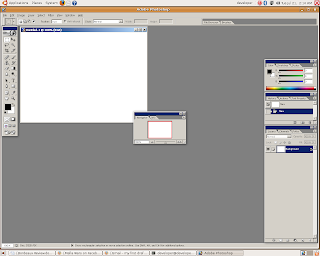 Microsoft Office 2007 installation goes just like IE 6 and PhotShop 7 just double click the field in Bordeaux and the install starts and runs with any problems. The main difference in the install is when the install reaches about 75% it seems to slow down, I can see that its still working in the background and after about a 10 minute wait the install successfully completed.

Shortcuts for Office 2007 were also added under Applications > Wine > Programs Word, Excel and PowerPoint 2007 are supported and run at virtually native windows speed on my Ubuntu system. With the limited testing ive done so far the only problem ive ran into is sometimes the equation editor doesn't display fonts as expected, other then that everything has worked as expected. 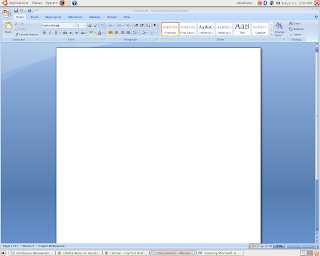 Thanks for this review and hello from the Philippines! Btw, just a suggestion: you may want to let us share your blogs on, say, Facebook. i looked but didn't see any facebook icon.... Best regards.

I just added the "Share It" Gaddget to the blog. :)

I also have these site ..