Win your very own CodeWeavers Linux Gaming Rig!
As part of the CrossOver Games 8.1 release, and its support for Left4Dead 2, CodeWeavers felt it was important to put superior firepower into the hands of their users! Any customer purchasing CrossOver Games or CrossOver Professional until November 25th will be automatically registered to win this loaded CodeWeavers Gaming PC. We'll pull the name out of the hat on December 1, 2009, just in time to have this little gem sitting under some lucky winner's (non-denominational) Christmas / Hannukah / Kwanza / Festivus tree. Lovingly hand-crafted by their very own sysadmin / web genius / first-person shootist Jeremy Newman, they promise it will have all the woof you need to feed smoke to the baddies. Did we mention that it comes with a lifetime license for CrossOver Games Linux as well? 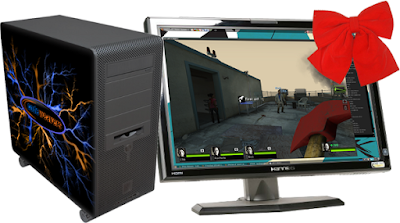