An introduction to CrossOver Office and Games for FreeBSD

What exactly is CrossOver FreeBSD?

When you download CrossOver FreeBSD from the Unsupported section it will be a seven day demo. The demo version of CrossOver has all the functions and features of the full version. Any Windows software that works on a full version will also run in the demo version, and vice versa. The important limitation of the demo version is that bottles can only be used for 7 days. This means that any Windows packages that you install using the demo version will cease to work 7 days after their installation. When a demo installation is unlocked, all existing bottles and applications are unlocked as well. To unlock a demo, you must have a support account with CodeWeavers. You can purchase CrossOver licenses and support contracts from the vendor that provided you with your demo or directly from the CodeWeavers store. During purchase you will be asked to provide an email address and password. This address and password will be used to unlock your demo install. (Your Linux purchase will unlock the FreeBSD demo)

Applications in CrossOver Office for FreeBSD:

Cost and Support of CrossOver FreeBSD

A purchase also goes toward helping support a full time Wine hacker! the folks at CodeWeavers have over the years given back well over 98% of all the code modifications that went into CrossOver to the Wine project. It also a good idea if you purchase CrossOver for FreeBSD to VOTE for FreeBSD in the Compatibility center. 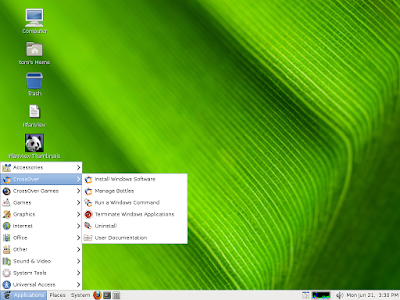 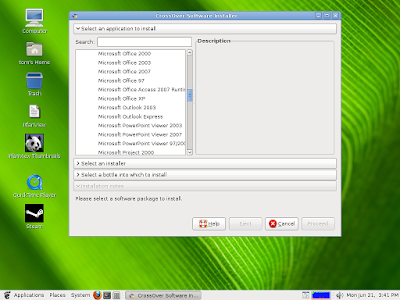 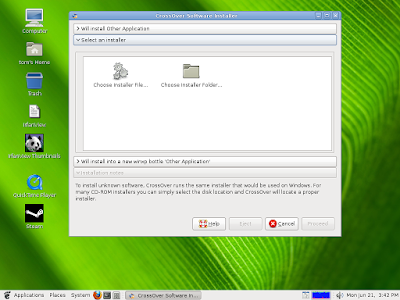 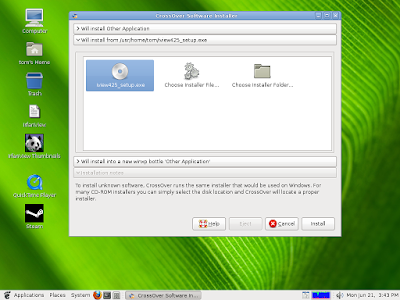 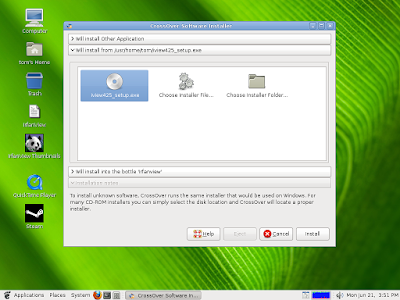 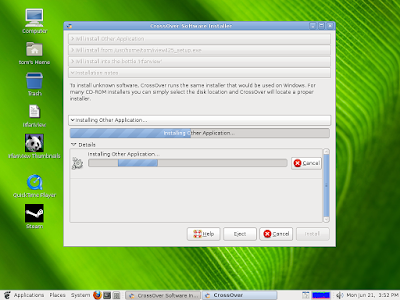 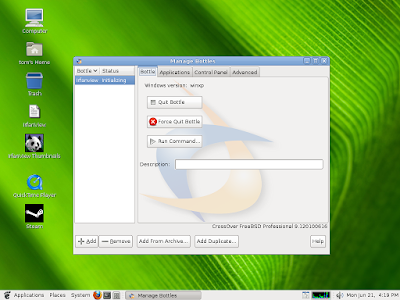 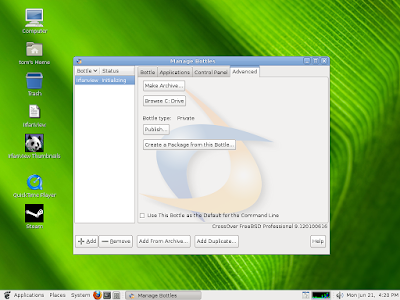 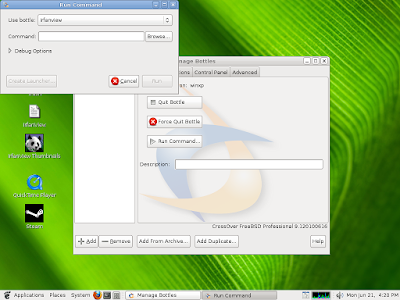 To register your copy of CrossOver FreeBSD select the "Register and unlock this demo" from the system menu. You will need to enter your email address and password and the register tool will connect to the CrossOver store and proceed with the registration. 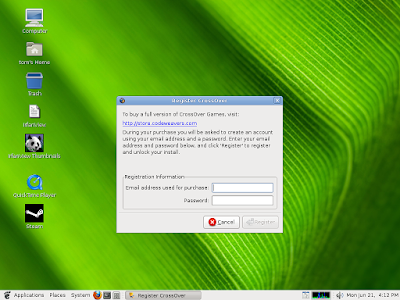 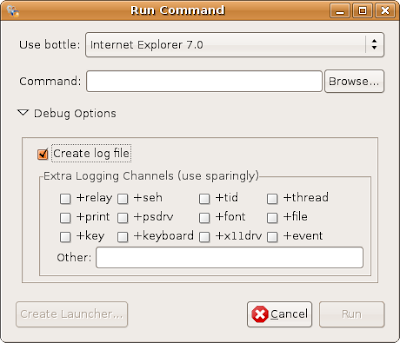 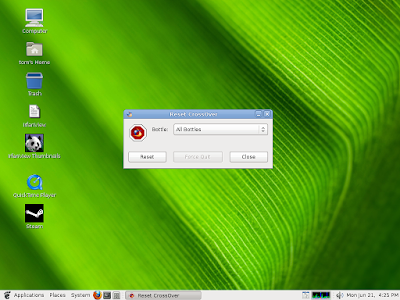 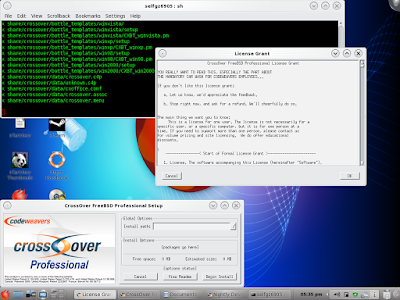 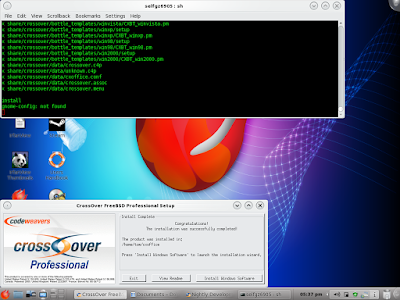 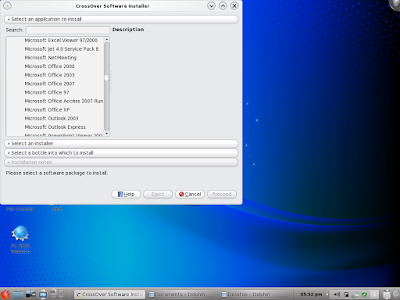 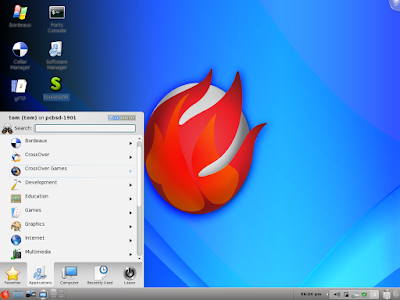 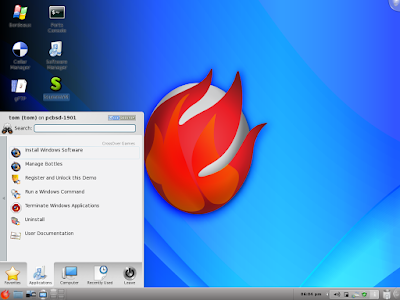 If you sign up as a Advocte you can get nightly development builds of CX FreeBSD and test newly implemented features and bug fixes! 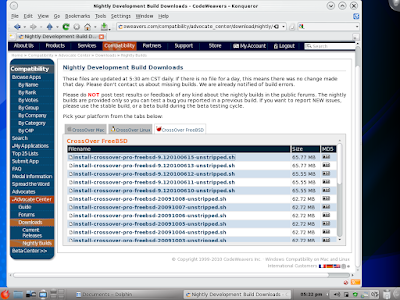 Here is a screenshot of IE 7 running on FreeBSD 8 with CrossOver FreeBSD. 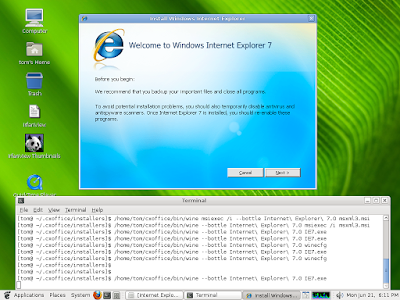 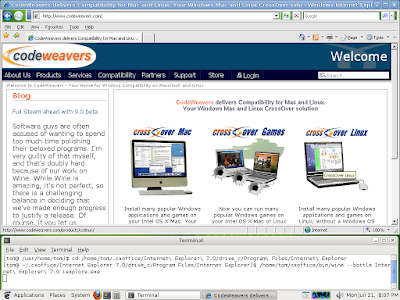