Play Lord of the Rings Online on Mac OSX

I have bitched about the state of mac gaming before. I still stand by that as nothing is different and nothing got better. The development companies (or production companies for that matter) still ignore the platform and the few games are still more expensive than their windows equivalent, save for some exceptions. There is yet hope though.

There are other ways to play your favorite games on the mac without leaving OSX to bootcamp back to windows. I tried parallels. At first, I was thrilled and excited, but then I was as annoyed as bootcamping and more(its slower than windows on bootcamp). It is an impressive piece of software but I still had to load an entire Operating system even if the loading took place on a virtual machine. I then tried Crossover games. For this paragraph i 'll just say that lotsa Orc-slaying is taking place using Crossover.

Crossover is a commercial flavor of wine, the well known open source Windows API implementation, that allows windows programs to run on various operating systems including Linux and Mac OSX. I have used wine in the past to play games but it felt more like work to maintain your gaming environments clean and keep your games in a working order without screwing something up. Crossover is saving you from just that. It is basically wine with a better environment and lets you install your windows games cleanly without affecting your other games and it lets you configure everything correctly without much headaches. It is doing that with the use of bottles(get it? bottles of wine?) to isolate your individual games and everything runs on it own bottle. 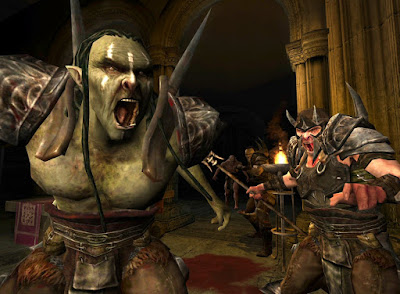 Lately I am hooked on Lord of the Rings Online (more on that in a future post). Lotro occupies most of my gaming time and, at least for that one, I needed to find a way to play it efficiently on the mac without resorting to bootcamp. Crossover games was the answer. Even though technically Lord of the Rings Online is not officially supported by Codeweavers it is still playing great. Installing it is straight forward once you know the correct steps. Basically the game plays as is. The only difference is that one has to replace the original .Net game launcher with another one that is compatible with Crossover. This is where pylotro comes into play. Make sure you download the windows pylotro version to install it in your bottle.

Basically the steps for the US version are:

For the European version it is slightly different:

I have been playing Lotro from crossover games for many days now and it is very stable with very good performance. In addition to Lotro I have been playing Team Fortress 2 and Half Life 2 from Crossover games without any issues whatsoever. Before trying it make sure to check on the compatibility pages if your game is supported. Ok I may bootcamp for something that is not supported but for 90% of the time I am ok. For 39 dollars being able to enjoy my favorite games without leaving OSX is a very good deal. Crossover has a full fledged demo version to try it before you buy it. In addition by buying a license you support a company that supports open source and in addition writes a very important opensource project, wine.

Posted by twickline at 2:33 PM