First of all, thank you to everyone that has written in asking to be part of the upcoming Technology Preview for CrossOver Android. Literally, thousands of people from around the globe have inquired about when this technology will be released and when they can start testing it for CodeWeavers. To that, I am very happy to announce that we have all intentions of releasing the Technology Preview of CrossOver Android before the end of August. While the actual release date is a surprise (to all of us), our developers have assured us that we’ll have *something* to give to our many Android enthusiasts before the end of this month. TO THAT POINT, I think I need to set some expectations for everyone that participates in our Technology Preview. 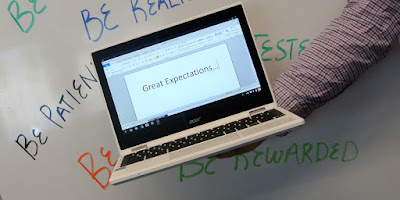 Rules for the Technology Preview:

1.) Be cool. First off, don’t be a jerk. Yes, this is harsh, but it is very true. It’s a Technology Preview, not a final product. It’s a utility for
running a very select number of Microsoft Windows applications (to start), not for running every Windows application. I know in this day and age of anonymous rage that it’s easy to be all hateful via e-mail and social media. Just remember, CrossOver Android is a Technology Preview that was provided to you for free. Keep this in mind when you test the software.

3.) Be positive. This type of development is really, really, really hard. It’s taken us nearly three years to get to the point where we are today with CrossOver Android. I know that many users will be disappointed that our Technology Preview is not a finished product, but it takes time, effort, energy, and money to deliver a finished product. All the work you see in CrossOver Android has been self-funded by CodeWeavers. So, I would ask you to be positive about CrossOver Android and see the potential of where this technology *could* go in the future.

4.) Be patient. We may have several Technology Previews before the final product is released. To that point, we hope our testers will hang in there with us as we work to improve CrossOver Android. The product will continue to improve; and as it does, the end user experience (which is very important to us) will continue to get better and better and better. We also expect that more and more and more applications and games will be supported. Our goal is to get to a final product by the time ChromeOS fully supports Android applications on all Intel based Chromebooks.

Posted by twickline at 9:00 AM