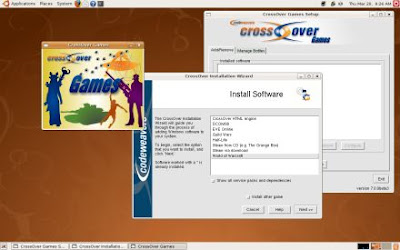 Posted by twickline at 1:06 PM

Great Marketing for CrossOver. They almost sound like the banks lining up for a bailout. Asking those that downloaded their marketing advert of FREE software now to pay. Well that almost a direct read from the AIG handbook... :) I will probably just pay for the new release as I like it bt come onCrossOver. You decide to give it away so keep your dignity