Another 2 Weeks, Another Wine Update 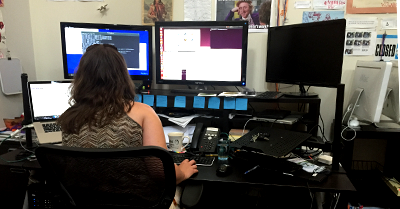 Two weeks ago we welcomed a new MacBook Pro into our mix. This dual GPU updates our spread of hardware for game testing and brings the AMD Radeon R9 370M to our capable hands and allows us to continue our testing on the Intel Iris. We said goodbye to our Nvidia GeForce GTX 750M and sent it live out its years with our Support Ninjas at the CodeWeavers HQ.

First we tested the general functionality of Power BibleCD. This included tests with installation, menus, data entry, and printing.

Then we turned our focus to World of Tanks and the bug reports of red and green flickers in the garage. We were able to reproduce this on most in-house Intel chips prior to an update from Wargaming. Since the update we haven't been able to reproduce the flicker and are working to confirm the bug has been resolved.

Our attention then turned to Terraria. Following reports that installation had gone awry, we put this title through a rigorous testing round on four Linux distributions and the last three versions of Mac OSX (Yosemite, Mavericks, and Mountain Lion). It passed all tests provided our CrossTie was used for installation.

We then tried to understand the differences in mounting network shares over ssh, samba, gvfs, and nfs. We were able to identify differences and offer solutions and workarounds for the issues we discovered. No third party bugs were filed for this issue.

For E3 customers, we tested and updated our information on several titles. We are continuing work with the developers of those games to bring them to Mac and Linux users.

We focused on confirming the bottle upgrade process from CrossOver 13.2, 14.0, 14.1 to each version and to our development branch for Office 2003. This was based on reports that Office 2003 did not upgrade properly and lost all associations during upgrade. We found that all combinations retained the associations as expected on both Mac and Linux systems. 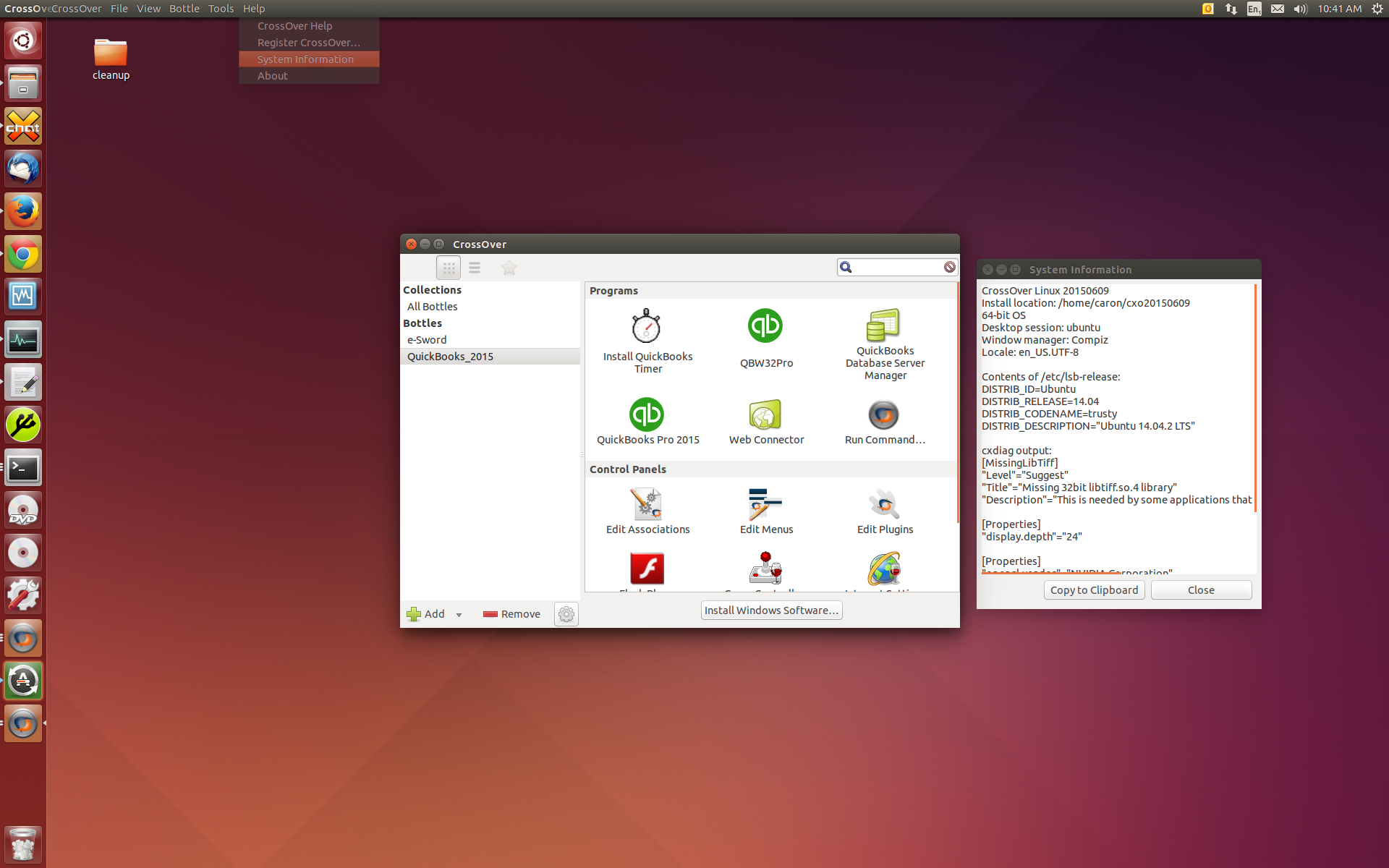 We continued our testing of the new Linux GUI improvements. This included testing and confirming fixes for:
At the request of our advocates, we reviewed the verbiage on the download page and removed the verbiage telling users that all links are only good for one session. CrossOver's download links are static and point at demo versions of the product that can be unlocked with credentials from a valid account.

At this point our regular two week testing is going well. We find that most of the applications running in Wine 1.7.45 continue to function as they do with CrossOver 14.1.3 and we have no regressions to report on this version of Wine. We are watching minor issues with Office 2010 and our developers are working to triage them as needed.

QuickBooks 2015 continues as a focus for the release of CrossOver 15. We retested a hang on launch on MacOS so no further Mac testing was completed. On Linux, we retested a hang on the open of the sample document and confirmed that our possible fixes mitigate the hang. We then tested dual screen usability with QuickBook 2015 and found that many portions of the application become dysfunctional in this setup. We tested crashes with payroll, registration, company creation and more. Unfortunately these issues persist.

We worked through reports of crashes with Steam and released CrossOver 14.1.4 with fixes for some of the crashes that were identified. This work is ongoing, there are several crashes that remain for Steam's interface.

And now we are preparing to test Office 2013 as our developers polish Wine. Screenshots of real rendering text versus magenta blobs mean that our focus will soon shift to what Microsoft Office 2013 can do in CrossOver. 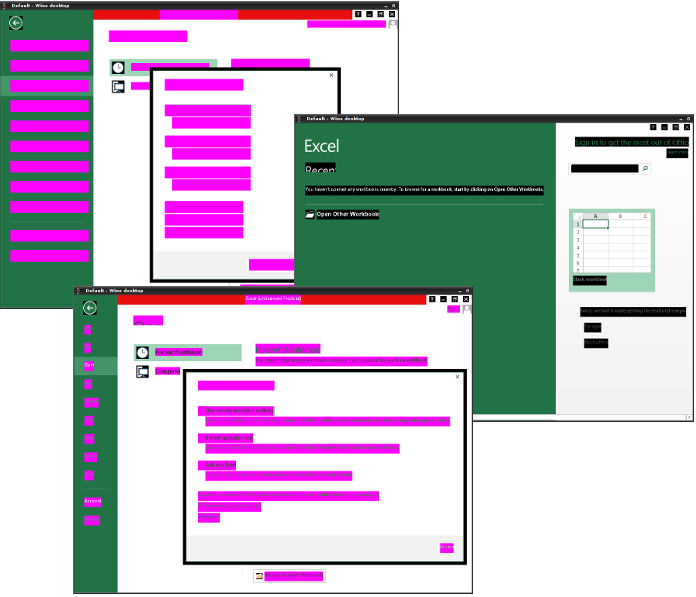 The newest CodeWeavers coupon promo code is ( UNITY ) save 30% off CrossOver Mac or Linux today!
Posted by twickline at 11:38 PM