Coming soon: PlayOnWindows, by the creators of PlayOnLinux!

We are very proud to announce that a new project will soon see the light of day!

We noticed that some applications work better using Wine that running them directly on Windows. Also, Microsoft no longer offer support for several of their systems (Windows 3.11, 95, 98, 2000... and soon XP). But some of these systems are still in use today (notably in several businesses).
Lastly, performances leave no doubt: applications run much faster using Wine + Windows 98, for instance, than natively under Windows Vista.

And that's why we decided to create PlayOnWindows.

This will allow you, for example, to use Internet Explorer 7 with Windows 95! 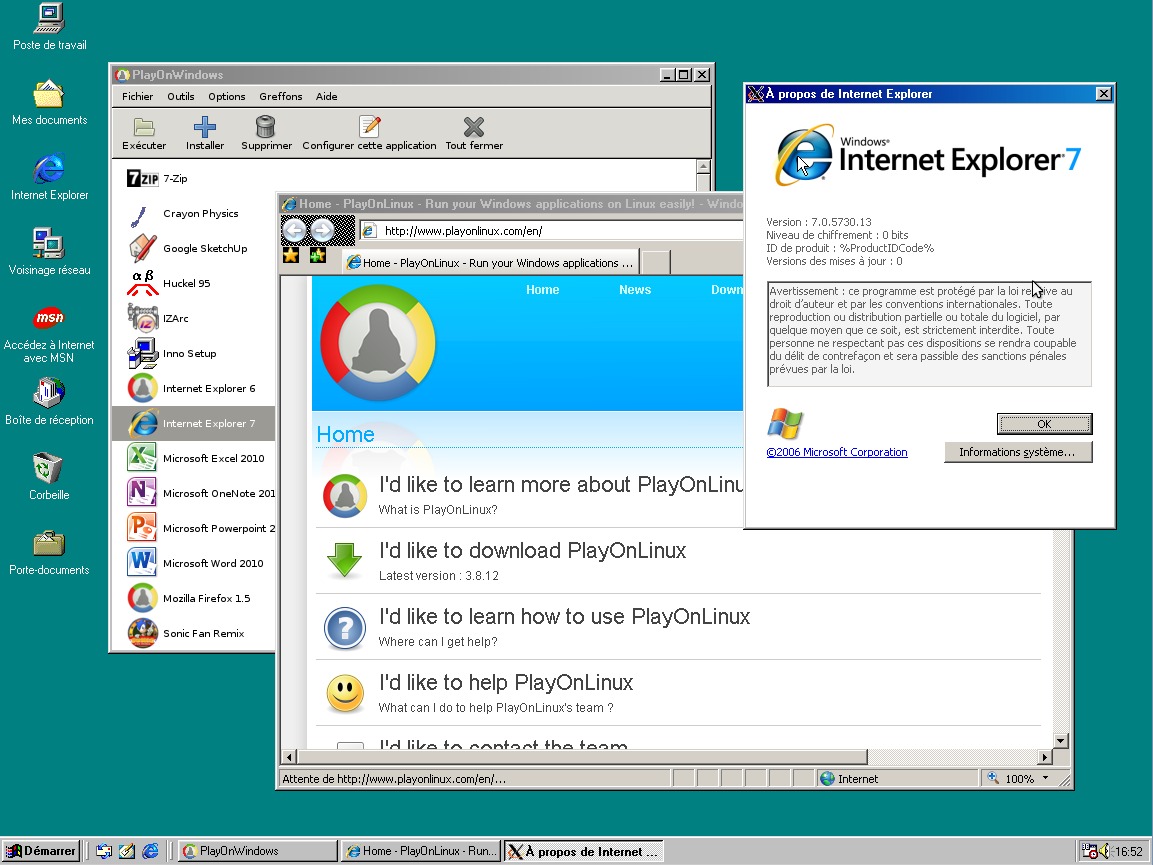 Although we still have some details to fix, including the install manager, we are hoping to get the beta version out in the coming weeks.

Of course, PoW will be distributed with a GPLv3 license!

As for the list of supported applications, as of now, it is the same as PlayOnLinux.

The PlayOnLinux team will keep in touch very soon regarding the evolution of this new project. We firmly believe it will be the big buzz in the world of software for 2011!

The newest CodeWeavers coupon promo code is ( UNITY ) save 30% off CrossOver Mac or Linux today!
Posted by twickline at 8:45 PM

just can't wait!!! altough i can´t believe no one else is excited as i am about PoW.

Keep up the good work! i would like to help, but all i can do is translations into spanish.